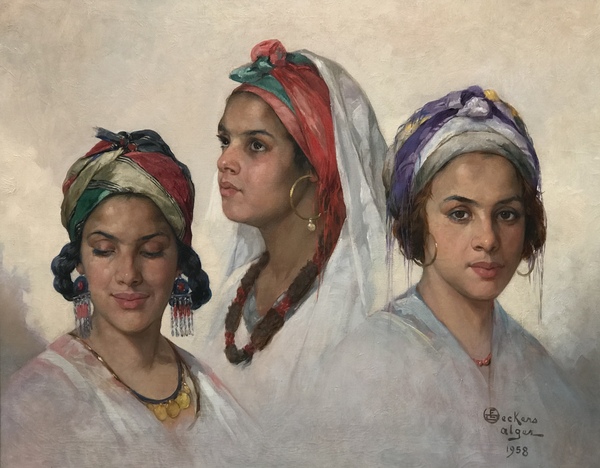 Emile Deckers studied at the l'Académie des Beaux-Arts de Liége, Belgium. He was a student of Carolus Duran and Evariste Charpentier. After spending a short period in Paris, he moved to Algiers in 1921. Known primarily as an Orientalist painter, Deckers showed his work at the Salon des Artistes Français in 1930. His works are in Museums in Europe, Egypt and Algeria. Deckers painted the style of the fine art academies of his time, rich in realism, colourful, and serious attention to detail.

Portraits of three Algerian women
Go back to the Artists
ArtMonasch.com © 2020 - Powered by: SVD Productions - -