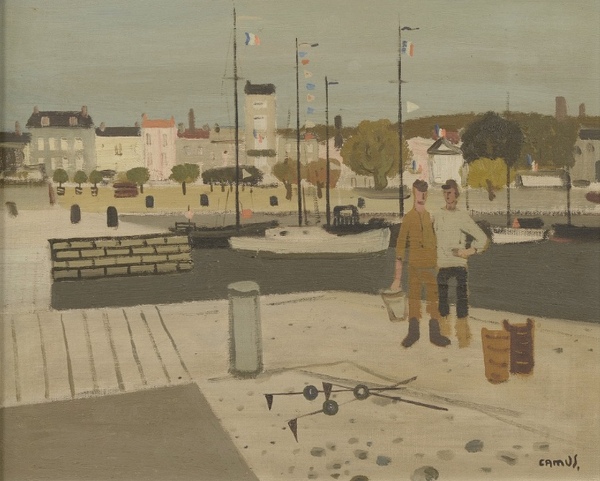 Gustave Camus – Belgian expressionist, born in Châtelet on 4 April 1914. At the age of 14, he was trained as a house painter, but stopped this activity as soon as he could make a living from his art in 1939. He took the drawing lessons from Eugene Paul at the Charleroi Industrial School (1930-1934), and Leon Van den Houten at the University of Labor (1932-1937). Together with Georges Wasterlain, he founded the group 'Living art in the country Charleroi' (1933). His talend was recognized by critics after the war. He taught painting and drawing at the Academy of Fine Arts of Mons (1951-1976) and became a director there. First period considered to be more impressionistic (1930-1946), even though it was more influenced by fauvism than Monet. After a trip to Brittany the second period started which left a deeper mark on his work (1946-1950). His artistic research brings him back to Wallonia and as from the 1950s cubism and constructivism were the new vectors of his artistic languages, which became more and more graphic.

SOLD - Port Breton - Harbour in Bretagne Visit us in Brussels for the right price! 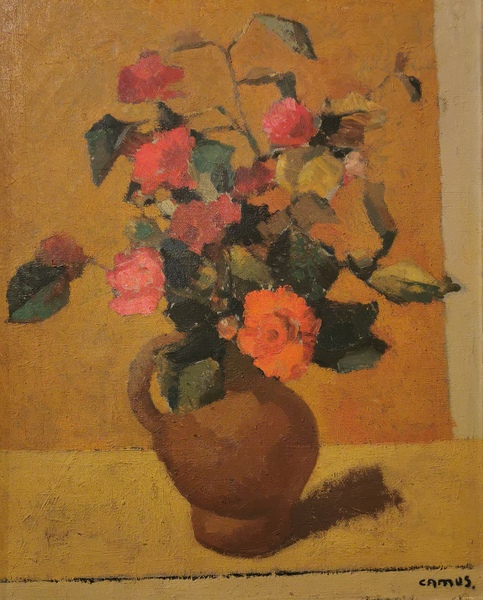 Vase of flowers
Go back to the Artists
ArtMonasch.com © 2020 - Powered by: SVD Productions - -