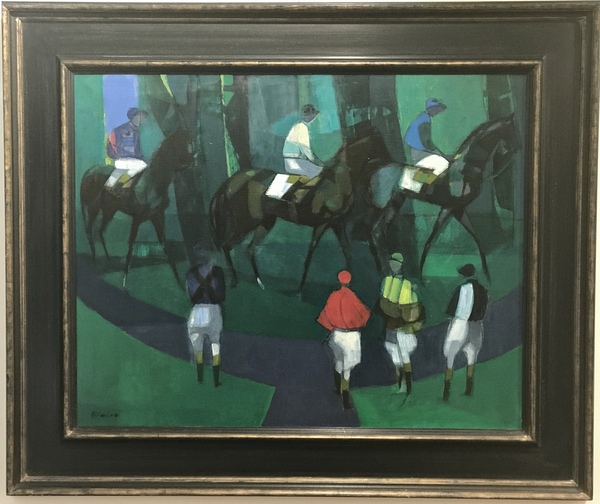 
Camille Hilaire was born in Metz in 1916 in a special historical context because the city was annexed by Germany at that time (WWI). He died in Normandy in 2004. Camille Hilaire studied at the academy of Beaux-Arts in Paris. At the heart of the occupation, he chose to register under a false name, Leblanc, and exhibited his work in the Paris salons. Despite the dark years Camille Hilaire went through, his paitings impress the viewer with light and colours. Master of the composition, the artist was able to fill his works with both calmness and passion.

In 1947 he embarked on an educational career and taught drawing and decorative composition at the National School of Art in Nancy before moving on to Paris in 1958. He started to work with new techniques and tried watercolors, lithography and stained glass. Many monographs are dedicated to him all over the world and he remains one of the painters who marked the mid-twentieth century in art history.